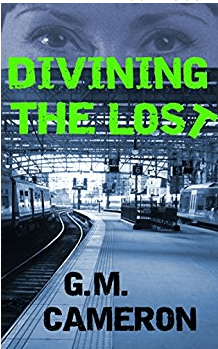 DS Frankie McCormack's ex-wife Sabine is missing and Frankie is going mad. With no leads, he might even turn to Andromeda Carmichael's jiggery pokery. Annie has helped the police before, though not in any way that could be entered into a report. Her boyfriend, Detective Inspector Mike Donnely, and her friend DC Angela Wallace just want to stop Frankie doing something stupid.

But when Sabine's handbag is found in a wooded area, fear for her life turns real. And her concerned second husband is one suspect. But Frankie is more than suspicious, he is invested in believing him guilty. And Angela and Donnelly need to keep him in check. But Frankie's anger and impulsiveness nearly ruined his career before...
​
$3.99 Kindle
£2.05 Kindle
£7.99 Paperback
$9.99 Paperback