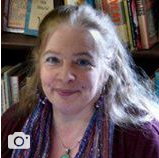 Gerry Cameron has written all her life but started finishing novels only in the past six years or so. Born and raised in Glasgow, she has lived mostly in beautiful rural Scotland - in the Highlands, the Hebridean Islands,  and now divides her time between Galloway and France. 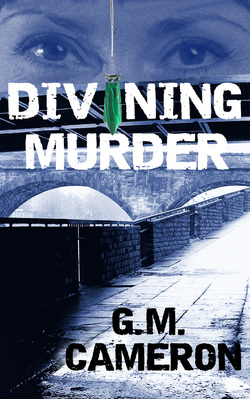 The evil  that Andromeda saw in Glasgow Central Station and why she alone could see it was beyond her powers of explanation.  But she told the police anyway and in that moment the secrets of her past come back to try to destroy her.

Detective Inspector Donnelly  investigates a gory murder in  a Glasgow alley and has little more than Annie's bizarre information to go on. Following it would make him as crazy as her.

Yet whatever he thinks, she knows a darker evil is haunting the city that police will have little power against.

But maybe she could see it coming 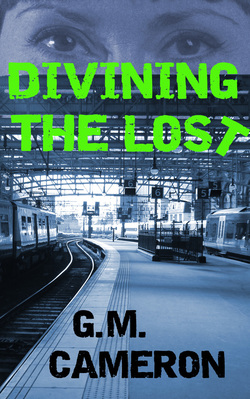 Divining the Lost  - the second in the series,  where  Andromeda and Donnelly use their differing methods to help find DC Frankie McCormack' s missing ex-wife. With Frankie going mental, Detective Inspector Mike Donnelly wants him out of the investigation.
Annie tries to keep her distance, especially as she's avoiding a sinister stalker, but life has other ideas. Even cynical Frankie might need some of her supernatural jiggery-pokery - before he loses his job and his mind.